In 1923 Drury announced plans to build three new buildings—a library (later known as Harwood Library), a women’s dormitory, and a building built to house the Conservatory of Music. The Wallace’s provided $160,000 towards the construction of the dormitory and the music building, and the buildings were named Wallace Hall and Clara Thompson Hall. Drury’s 1926 Commencement was the first event held in the new music building. Clara Thompson Hall provided the Music Department at Drury with an auditorium seating 425, an adequate stage, sixteen allegedly sound-proof practice rooms, and more studios than there were teachers. It was said to be the first venue in Springfield suitable for concerts.

Eighty-nine years later in 2012, The University was in search of a high-quality sound reinforcement system capable of serving the needs of current day music performances, and high-quality speech reinforcement in its Clara Thompson Hall. The performance space was built long before modern, powered audio systems, and had serious acoustic challenges that had to be overcome.

Paragon 360 was selected for the project after past projects for Drury which included Weiser Gym and Hutchens HPER Facility. The speaker system that was chosen for this project was required to keep as much energy off of the walls as possible while providing smooth, uniform coverage from the front row to the sound booth located at the back row of the balcony. Very careful attention to the acoustical properties of the room had to be taken during the design process. The system chosen for this project included an EV XLE181 (7) box Line Array (in white to match venue attire) with EV DX46 processing, Crown amplifiers and a Mackie analog console.

The Springfield Orchestral Society (later known as the Springfield Symphony Orchestra) performed its first concert in Clara Thompson Hall on February 26, 1935. Drury College served as the symphony’s home for many years. The building continues to house the Music Department providing a “classical performance space” and is the site of concerts, plays, lectures, and convocations. Clara Thompson Hall is on the National Register of Historic Places. 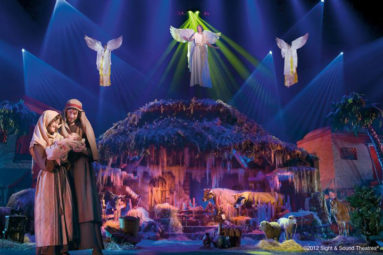