Paragon 360 has worked with Rockwood School District, the largest school district in St. Louis, since 1996 on the construction of three cafeteria/multi-purpose performance spaces and four 500 seat theaters with multiple architects. In all cases, Paragon 360 provided audio, video, lighting and rigging design services in addition to general theatrical planning and design. In the mid to late 2000’s, these spaces were some of the most advanced high school theaters in the region.

The new Eureka High School Theater was opened in 2004. The school had been using the Dorothy Williams Theater built in the early 1980s prior to the construction of their new 500 seat theater.

"I have worked with Donnie Brawner on six major theatre projects and I would not do another one without him. His firm is readily available to their client, follow through with excellent results in a timely manner and make safety a top priority in their design. I trust them to provide me with educated and honest information I can count on."

The audio system consisted of Meyer self-powered units that were driven by a Crown amplification system and a 32-channel Soundcraft mixing console. The system also featured a Sennheiser wireless microphones and a Clearcom communication system throughout the space. The system was also designed to allow the front of house audio console to be disconnected and brought down to a closer mixing position at mid-house. This called for a very intricate design of a quick connect system making the move painless, efficient and trouble-free.

The theatre featured (144) ETC Dimmers split between house-lighting and stage-lighting controlled by an ETC control console and multiple 10-button and single button wall stations throughout the space. There are over (100) theatrical lighting fixtures spread out over four stage electrics and two catwalks. 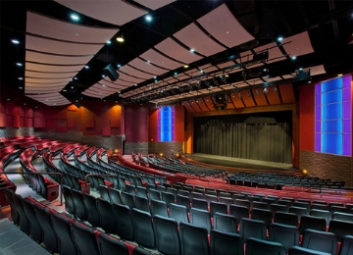 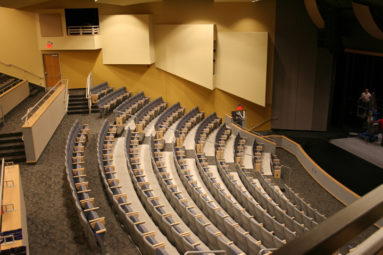 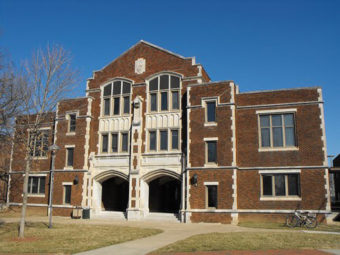