Designed for Broadcast, Beautiful in the Room

A cornerstone of the SonLife Broadcast Network's programming is the weekly live broadcasts from the Family Worship Center. With this focus on television, it was paramount that every set element would look great on camera and improve the room's aesthetics.

The Paragon team extended the platform's footprint to accommodate the Swaggart team's organic approach to services and give more room to their singers. The new lollipop stage design creates a space for all three generations of Swaggart pastors to deliver their dynamic messages. The multi-level riser built with Paragon's custom-modular staging provides space for musicians and a 70-seat choir. Custom-curved LED panels, integrated into the modesty and choir walls, add depth and texture to the background. Custom roller drops hide or reveal the balcony as needed.

Move the slider to compare the Family Worship Center before and after Paragon 360's renovation.

In The Client's Words

The Family Worship center was suffering some severe acoustical issues caused by the blunt face of the balcony, as well as the unique shape of the ceiling. To address these issues, the Paragon team installed FabriTRAK acoustic treatment on the front face of the balcony and hung custom-built acoustical ceiling clouds throughout the sanctuary.

The updated stage design impacted several aspects of Swaggart's audio design. The existing floor pocket infrastructure was renewed and raised to the new level of the new platform. Our team also relocated the monitor mix location, improved the ergonomics of the patch bays, and installed all new multi-pair cable for the entire system.

The Swaggart audio production team was plain in their objectives, "if it ain't broke, don't fix it." With this in mind, the Paragon design team worked within the existing system and made improvements where needed. The FOH mixing platform remained analog, and an analog patch bay was installed to accommodate the current analog connectivity of the system. Our team completed the installation while maintaining broadcast operations by renewing the audio system and utilizing existing equipment. This approach also allowed the technical team at Jimmy Swaggart Ministries to build on their previous success, with very little additional training.

The main objective for the church's video system was improving the flexibility of the stage design. By integrating LED panels into the set elements, the Paragon team offered a more dynamic approach to the set design. The choir wall and modesty wall feature 20' x 5' and 18' x 2' custom-curved displays, respectively. This design places 7 feet of LED panels directly behind frontline performers and speakers, allowing endless flexibility and creativity for weekly broadcasts. Four 8' x 4' 10" LED confidence monitors installed along the balcony wall provide lyrics to the frontline singers.

The Paragon team saved money by designing the video system and stage design around Swaggart's existing projectors. Using the existing projects also allowed us to place LED displays in the most significant places, including directly in the background of the primary camera angles. The LED confidence monitors eliminate the need for projection or TVs, reducing light spill, reflections, glares, and future proofs their monitoring system with a long-lasting solution.

A 7' x 12' display in the lobby is the space's focal point before entering the worship center.

The cornerstone of the stage lighting package in the Family Worship Center is over 100 Desisti f-10 LED broadcast lights. The Paragon design team worked closely with Tim Tracey to ensure that the system would meet his broadcast needs. The quality of the broadcast lighting took precedent over the experience in the room, which also led to the installation of all-new fixed WW color temperature LED house lights.

The previous lighting control system was outdated. Our team provided a new lighting console and a networked DMX system that drives every fixture from scenic LED tape to the house lights.

From Design to Delivery

Thanks to our design-build approach, the Paragon 360 team delivered this dramatic transformation in just 12 weeks. Once the final designs were approved, our off-site pre-fabrication approach–utilizing Paragon Fabrication–allowed our team to make quick work of even an installation of this size. Our expert design team and dedicated installers transformed the space and delivered a system that works exactly how the client needs. 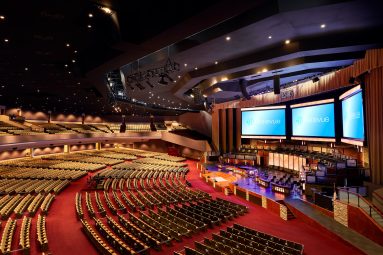 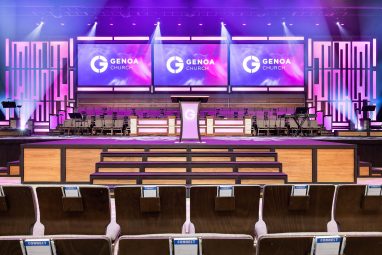 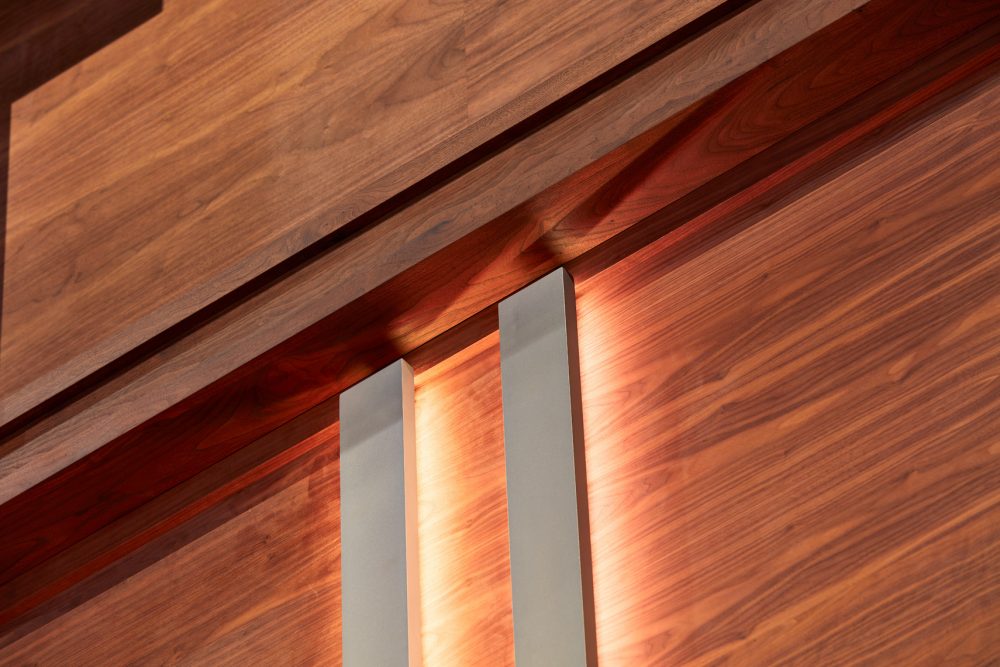 Ready to begin your transformation?