Prestonwood Baptist Church recently approached Paragon 360 about improving their mixing systems across all their stations at two locations. The update included replacing three aging consoles at their Main Campus and an additional console at their North Campus.

Focusing on versatility, connectivity, and workflow efficiency, Paragon 360 installed DiGiCo SD7 Quantums at the FOH, Broadcast, and Monitor desks. In addition to the updated consoles, redundant Waves Servers, SD racks, and an Optocore System were also installed. To create consistency between campuses and allow training of staff and volunteers, the North Campus received the same treatment, just on a scale appropriate for the venue.

Audio Engineering at Prestonwood Baptist Church is no small task. Between the 7,000 seat auditorium, in-ear monitoring needs, and broadcast audio, the system is complex and excellence is the expectation. To understand the team's needs and requirements we worked closely with Mike Smith, the Live Production Lead at PBC. After understanding the current pain points and limitations of their previous system our design team was able to swiftly design a system that would increase the efficiency of weekly workflows and leverage the networking capabilities between the two campuses.

At each of the three stations – Front of House, Monitor, and Broadcast – Paragon 360 installed DiGiCo SD7 Quantumn consoles and redundant Wave servers. Utilizing virtual soundcheck, engineers can save valuable time by using previously recorded tracks to fine-tune the mix prior to musicians and singers arriving for rehearsal. The SD7 also allows sessions to be saved and loaded, which can be especially useful for Broadcast, ensuring that the optimizations made each week are saved for future services. The redundant wave servers assigned to each engine of the SD7 allow for a seamless backup of premium digital processing in case of any failure.

SD Racks installed across the campus allow flexibility when feeding into the system, and an existing fiber-optic network was utilized and modified to provide an Optocore networking system while maintaining PBC's preference of a physical patch system.

Prestonwood's North Campus worship center received similar treatment to the Plano Campus, just scaled down. The North Campus didn't require as many updates as the Main Campus, but with one SD7 Quantum console and a set of redundant wave servers, their team now has the power to tackle even the largest of productions.

The SD7 Quantum provides all the same quality and efficiencies for the North Campus team, while also creating the opportunity for the venue to act as a location where staff and volunteers can train in preparation to serve at the Main Campus. Our focus on consistency in the system design allows the staff to move between campus locations with confidence.

Paragon 360 also utilized and modified existing fiber at the North Campus. With the same Optocore system at all locations, any of Prestonwood's venues can now be fed into the broadcast – seamlessly. This provides the ultimate flexibility, allowing the church to be creative in how they leverage their different locations to reach their congregation and beyond. 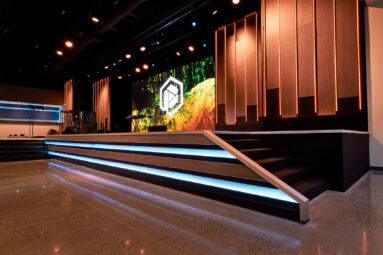 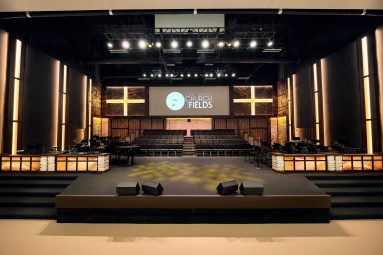 First Baptist Church at the Fields 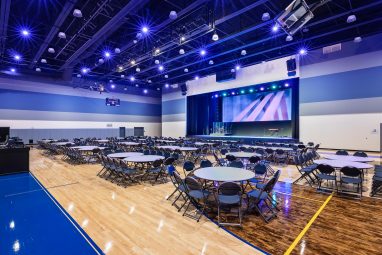 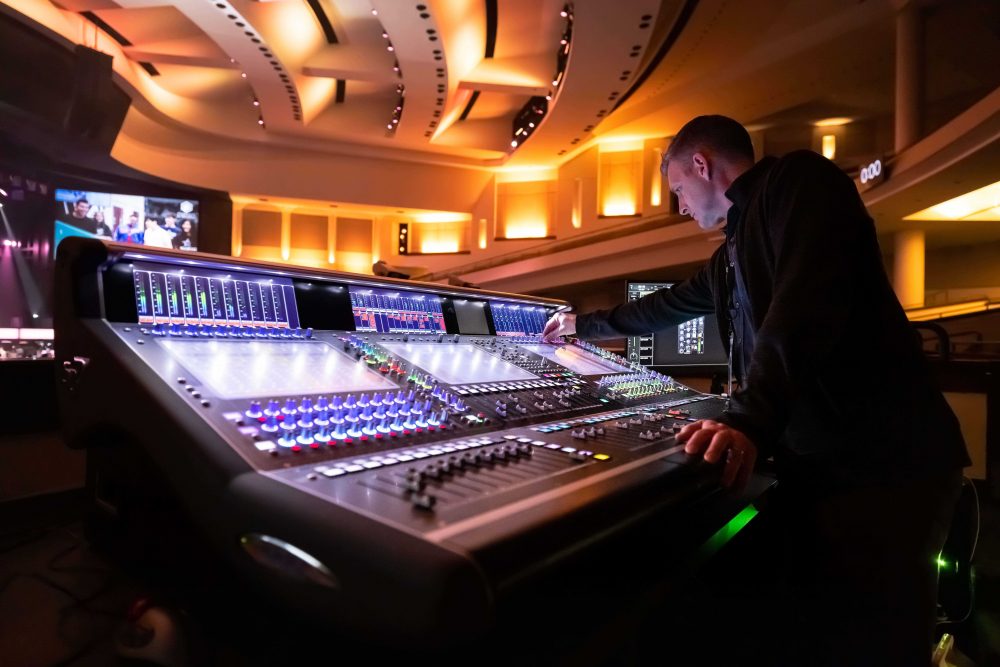 How can we help you? Let's talk.