It all started with a request for a center stage screen

South Gate Baptist Church in Springfield, MO reached out to Paragon 360 when they were looking for a video screen mid-stage behind the Pastor. They had been told by other companies there were no good options for a center stage screen due to the size of their stage and low ceiling heights. The answer to what they were trying to do involved doing some design work and having access to many types of equipment. Paragon provided a solution which then ignited a multi-phased renovation project.

South Gate contracted Paragon 360 for a multi-phased renovation project fir their 500 seat sanctuary in February of 2017. Their desire was to enhance and improve the congregational worship experience in the space which would involve updating the look and feel of the room along with improving the lighting and video systems. As part of the initial project Paragon’s solution involved an automated mid-stage screen along with front projection and short throw lensing. However, it would also require adjustments to the lighting system in order to adequately light the stage and keep light off the screen due to its downstage position. Following design work, Paragon was able to redeploy their existing lights and add additional units on new lighting positions. This improved the stage lighting and allowed the desired center stage screen to work very well. The first phase also included custom built, illuminated modesty walls and back wall lighting to clean up the look and feel of the stage space.

The pastor also felt disconnected from the congregation due to the stage height and podium position. Paragon’s solution involved a custom stage thrust unit which moved the pastor out into the room and lower to the congregation which greatly improved the connection. In addition, Paragon completely updated their video system with new video switcher, cameras and video recorder. The new thrust stage, scenic units, video equipment and improved lighting, greatly improved the recorded/broadcast product which improved the video streaming product.

Due to the success of phase one, the church desired to move on. Phase two included additional lighting improvements. This included the addition of a new dimmer system as well as a new LED house-lighting system that allowed for full color mixing. This completely changed the congregational experience. A new lighting console was added to control the new house-lighting, stage lights and illuminated scenic pieces seamlessly.

Paragon 360 is now working on phase three which will involve improvements to the youth areas. All of this was made possible by having the experience and resources to take care of their initial problems and then working with them in a phased, master plan approach while incorporating existing equipment where we can to reduce cost. Paragon is all about quality solutions and doing things right. Our expertise can bring great value to the table for any size project. 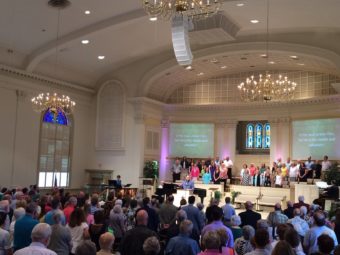 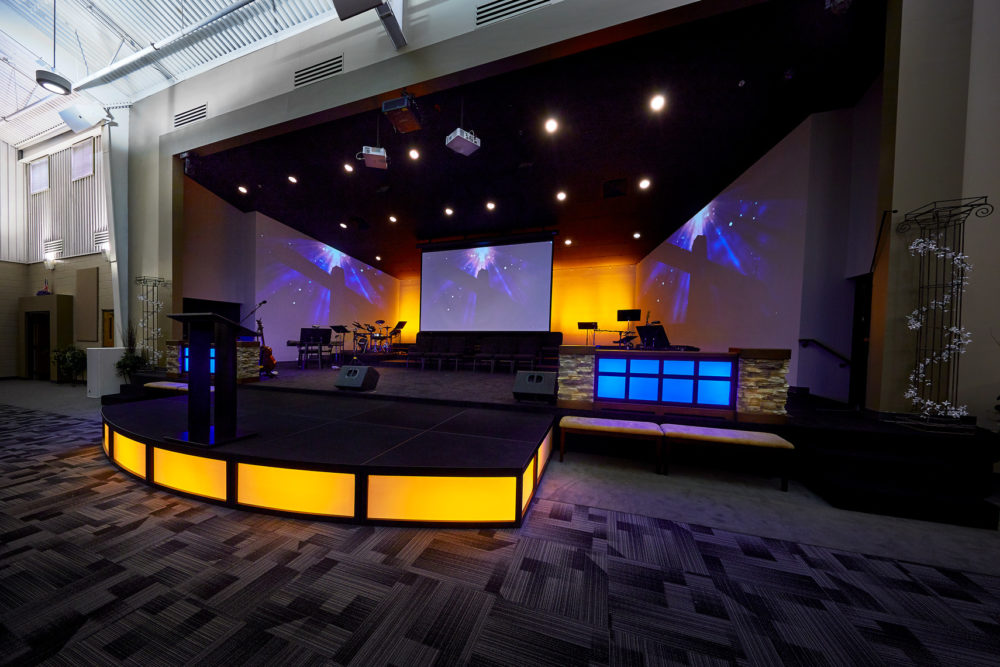