Dr. Ronnie Floyd is the Senior Pastor of Cross Church in Springdale AR. Under his leadership the church membership has grown to over 20,000 in four campuses. Paragon 360 has been working with Cross Church since 2001 and has been involved in numerous projects at various campuses including multiple renovations at the main Springdale campus and launch of new campuses at Rogers AR and Fayetteville.

The largest of these projects was the new construction of the Cross Church Pinnacle Hills in 2006. This $35M facility included a 2,500 seat sanctuary. Paragon 360 received a contract in 2004 for the lighting and video system design in addition to scenic and staging elements for the state-of-the-art facility which housed over $4.5M in AVL, scenic and staging when it opened.

One of the most recognizable features of the church is a 100′ X 60′ glass wall with a daylight view behind the pulpit looking out to a lake and the towering crosses. While beautiful, this drove the cost of lighting and video systems and created immense challenges for theatrical stage lighting due to the impact the natural light would have on video projection and broadcast. To help control the light levels consistently, the glass wall was tented slightly.

"Paragon 360 went above and beyond with design and technology to help us achieve the potential at our new Fayetteville Campus. Their flexibility and their desire to support our ministry over the last decade made the outcome highly satisfying.”

“The architectural design of the room has really forced us to think beyond the box in regards to making lighting work for live and video applications” stated Bryan Bailey, Media Director, Church at Pinnacle Hills. “Paragon 360 was willing to embrace the idea of the 6,000 square foot window (and other interesting elements) and create a design that will function well in many situations” he added.

The worship space also includes a state-of-the-art, high definition video control system with full broadcast production suite, multiple HD cameras and a 16’ X 9’ Barco LED display. The LED displays were crucial for video imagery in the space considering the room’s ambient light levels. The media-driven church is set up for simulcast between its other campuses and production of their own television shows. Digital signage was also routed to nine different locations throughout the church through a high definition matrixed server.

Three different lighting systems were developed, all living on a network, including worship center, a Gatheria for pastoral summits and a special event space for the children’s ministry. All systems are designed for use with high definition television broadcast and recording, IMAG and live performance enhancement for both church services and special theatrical and concert engagements. With the carefully executed design of lighting, this project has implications for both broadcast productions and theater lighting in a daylight environment.

Due to the natural light in the worship space, the effectiveness of color was somewhat compromised. Large format intelligent fixtures were designed into the system to maximize the color capabilities. In addition, LED units were built into the window mullions in an effort to help subliminally sell the idea of color. The “points of light” LED units allow the entire wall to be used as a color palate.

With a space as unique as Pinnacle Hills, much was required of the stage/set design. Paragon 360 acquired the services of nationally recognized Michael Hotopp to design the stage set while Paragon 360’s team managed the building and installation. The set consisted of matching choir and band riser sections that featured many elements of the building architecture itself, such as the etched concrete look, frosted glass, wood, and brushed nickel. 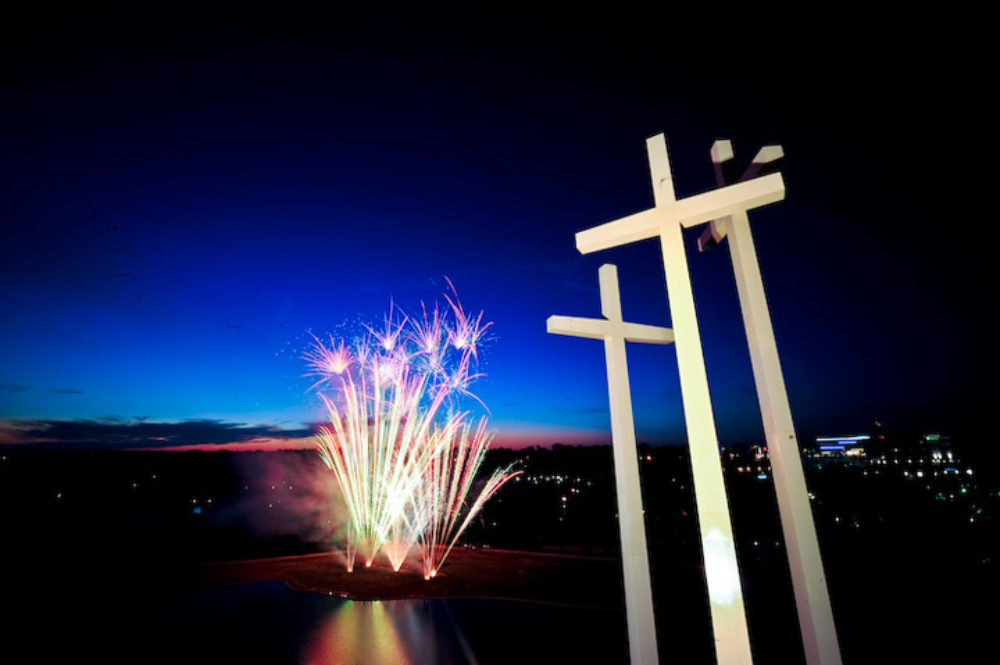 "Paragon 360 went above and beyond with their design and technology to help us achieve new heights at our new Pinnacle Campus. Their flexibility and their desire to support our ministry over the last decade make’s the relationship highly satisfying.” 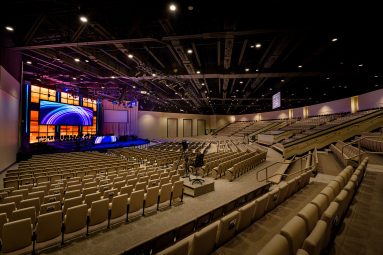 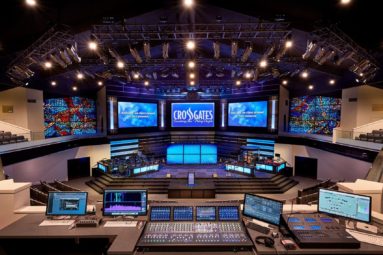 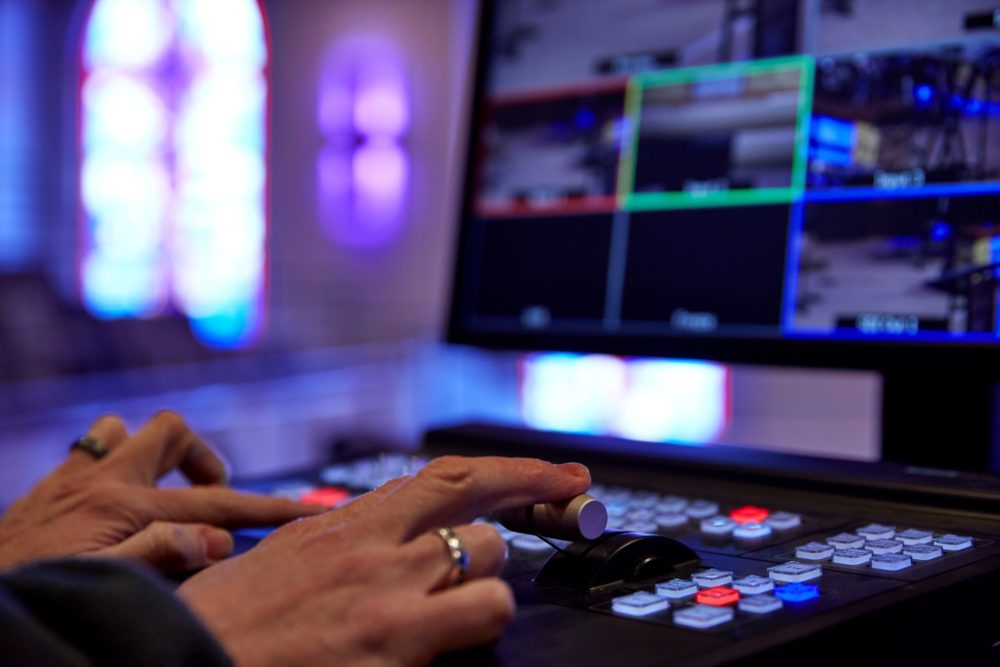